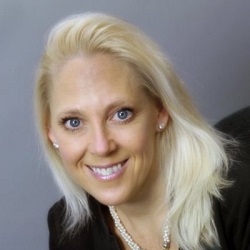 Karen Griffith Gryga is an experienced venture capitalist, investor and entrepreneur with over 25 years of startup and emerging growth company experience. Karen is Chief Investment Officer for DreamIt. Karen is also co-founder of Dreamit Health and founder of the DreamIt Athena program which focuses on female founders.   Karen has helped launch over 200 companies that have generated over $1.5 billion in shareholder value. Karen has held over a dozen board roles on private companies including Synchronoss (Nasdaq: SNCR) and is currently on the boards of Haystack Informatics and the Please Touch Museum.  DreamIt is a leading technology accelerator for entrepreneurs which has worked with and launched close to 300 companies since 2008 including SeatGeek, HouseParty, LevelUp, Biomeme, Biobots, Tissue Analytics, Parsely, MindSnacks and Adaptly and has been named as one of the Top 30 venture capital firms in the United States.

Prior to her entrepreneurial experience, Karen was a Founder and Partner of Liberty Venture Partners, a Philadelphia based venture fund established in 1997 with $150 million under management.  Prior to Liberty, Karen was a Managing Director of Philadelphia Ventures Inc., a privately held venture capital management firm with a family of corporate and institutional limited partnerships exceeding $100 million of committed capital.

Karen also serves on the board of the Ben Franklin Technology Partners of Southeastern Pennsylvania.

Karen began her career at TRW Inc., a multi-billion dollar conglomerate, in their Federal Systems Division as a software developer.  She holds a MBA in decision analysis from the Wharton School of Business at the University of Pennsylvania (with Distinction).  At the same time as Wharton, Karen obtained a Masters in Computer Science from the Moore School of Engineering at the University of Pennsylvania.  Karen earned her Bachelor of Science degree in computer science (Phi Beta Kappa) from the College of William and Mary in Williamsburg, Virginia.