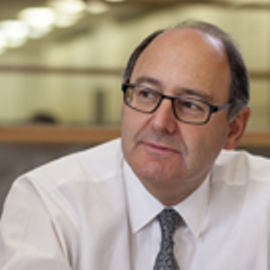 Lawrence Schloss is a Senior Advisor at Marathan Asset Management.

Previously he served as President of Angelo, Gordon, a $25 billion Alternative asset manager.  Before joining Angelo, Gordon, Larry was New York City Deputy Comptroller for Asset Management and Chief Investment Officer for the New York City Retirement Systems which had assets of $145 billion as of September 2013. Larry was a trustee for each of the teachers, employees, police, and fire pension funds. While CIO, Larry was named 2012 CIO of The Year - Large Public Pension Funds by Institutional Investor.

Previously, he was Chief Executive Officer and co-founder of Diamond Castle Holdings, a private equity firm. Larry was Global Head of CSFB Private Equity, where he was responsible for $32 billion of alternative assets under management and a member of the Credit Suisse First Boston Executive Board. Larry spent 22 years at DLJ, rising to Chairman of DLJ Merchant Banking, investing in private equity, real estate, secondaries, and mezzanine debt on four continents.  He serves on the board of Girls Who Invest,