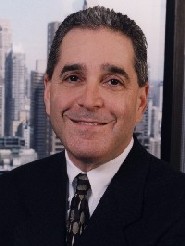 He joined Blackstone in 1999 and served as Co-Chairman of the Mezzanine Group’s Investment Committee where he was responsible for the strategic direction of the group as well as oversight of the investment process, including credit and market development activities.

Prior to joining Blackstone, Mr. Gellis was a Managing Director of Nomura Holding America Inc.’s Leveraged Capital Group, which he founded in 1994. Previously, Mr. Gellis headed mezzanine and institutional marketing activities for Alliance Capital Management, L.P.’s corporate finance group (and its predecessor, Equitable Capital Management Corporation) from 1987 to 1994. Prior to that, Mr. Gellis was a Vice President and General Manager of GE Capital’s Western Corporate Finance. Mr. Gellis has been a leveraged finance professional for more than 20 years.