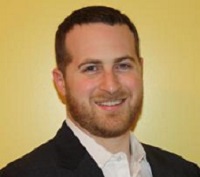 Brett Topche is a Managing Director at MentorTech Ventures, where he invests in companies from the University of Pennsylvania ecosystem. He has more than 13 years of venture capital and private equity experience and has spent much of his career primarily focusing on investments in ecommerce, digital media, mobile applications, marketing technologies and B2B software.  He represents MentorTech on the Boards of Directors of Cloudmine and PayPerks and served on the Board of Wanderfly prior to its acquisition.  He also serves as a Board Observer at Curalate, goTenna, Quad Learning and TicketLeap and was a Board Observer at SeniorHomes.com prior to its acquisition by Bankrate. Brett further served as a member of the Investor Advisory Board of SnipSnap prior to its acquisition by Slyce.

Prior to joining MentorTech, he was a member of the Fund Investments Team at Hamilton Lane Advisors, a fund-of-funds manager and private equity investment consultant.  In this capacity, he evaluated private equity funds across a broad spectrum of stages and strategies on behalf of both discretionary and non-discretionary clients.  During his time at Hamilton Lane, Brett reviewed more than 100 funds, including venture capital, mezzanine, buyout and real estate funds.  Based in part on reports he drafted, more than $1 billion was invested into these funds.

Prior to working for Hamilton Lane, Brett spent more than four years as an Associate with NJTC Venture Fund, where he focused on investments in early-stage companies in the software, Internet and communications sectors.  His responsibilities included deal flow generation, initial company reviews, performing due diligence on potential investments, participating in deal structuring, reviewing legal documentation and working with companies post-investment, occasionally as an Observer on Boards of Directors.